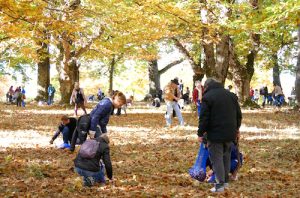 Sometimes people ask me what my favorite season is in Provence.  I usually say spring as I love the wild flowers but when October comes around I am at awe with the ruby reds and golden yellows. An October tour in Provence provides stunning colors and a quieter, less busy touristy atmosphere.

October is also rich with festivals that seem to take a more authentic feel than those during the warmer months. Let me show you what an authentic small village festival looks like… 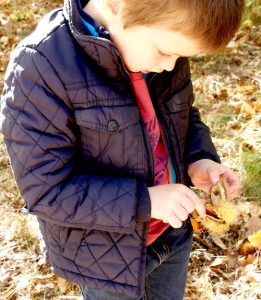 All I want for Christmas – In Provence

Next year marks my 20 years in France so now I guess I can say I have had as many American Christmases as French. In 2005 we managed to escape to Oregon as a family for an American Christmas, but those days are behind us now that the kids are in junior high, airfare is outrageous and the Pink Lady apples are being sold during the winter months (my husband’s job).

People often ask me what I prefer. Do you prefer France or America? Where do you like to have Christmas? What food do you cook? French or American?

When you live with two cultures, the answer to that question is never a straight shot. I often find myself stumbling over the question not knowing what to say. “Well, it depends…” I think and then end up asking myself if what I like, eat, and do is more French or more American.

So this year, in light of the holiday season and all the traditions across the world, I have made some mental (and now written) notes of what I enjoy most about a Provencal Christmas.

Créche is the word used for nativity scene. Here in Provence they are very elaborate and not only depict the scene of Mary, Joseph and baby Jesus but also the village life in Provence. Local artisans spend hours creating figurines, houses, windmills, olive trees, miniature costumes and so much more to reproduce scenes of life before cars, computers and iphones. This year I accompanied my son and his school class to a santon fair (santon is the name used for the handcrafted figurines). A young boy was the master behind a rather large crèche he built himself (photo below). In the creche, the kids had to find 12 “misfit” objects. This way, kids and adults, see the details they would otherwise miss. My youngest son’s godfather gives us one santon every year for Christmas. We have so much fun anticipating and adding the new element to our Provencal crèche.

To mark my 20 years of Christmas in France I should probably do something really Frenchy! Like make my own foie gras!!! Or maybe it’s time to make the traditional Christmas cinnamon rolls because the nostalgia of a Christmas back “home” is growing. Well, home is where the heart is, right? So my heart is here, in Provence, and cherishing the traditions of small villages, local markets, santons, Provencal crèches, and great food.

And you?  Where is your heart this year?  Perhaps your longing to get away and discover the festive season in another country?  Provence won’t let you down.  Between chestnuts roasting and crepes flipping at the many local holiday markets, folklore costumes at community events and lower prices with fewer tourist – a Christmas in Provence is a magical way to celebrate.

Santon – The word first appeared at the end of the 19th century, coming from the Provencal language, Santoun, meaning “little saint”.  A real santon is made from clay – tradition deriving from Genesis 2:7 “Then the LORD God formed the man from the dust of the ground”.

Créche – in its origin, refers to the manger (derived from Latin “cripia”) and eventually grew in meaning to refer to the whole stable.  Legend says that Francois d’Assise “invented” the first live créche in the 13 century.  In France, during the Revolution, it was forbidden to present religious scenes in public.  Hence, the development of home créches.  As of the last couple years, debate on allowing créches in public spaces (notably the town halls) is producing some heat.  Is it a religious practice or a tradition?  Some town halls have already stopped the tradition, others prefer to carry on despite the conflicting opinions.  It is also interesting to note that the word “créche” is used for day care (ex: My son goes to the crèche”).