How and why did Marseille get so famous for its soap?

First of all, let me ask you, what are two essentiel ingredients needed to make soap?

Then of course, you have Marseille, a major port along the Mediterranean that had been key in trading ever since the Greeks arrived in 600 BC.   Put the well established trading port together with the natural environment providing the raw materials and you have the beginning of the Marseille soap story.

Unfortunately, the rebound will never be back to what it was during its golden age.  In 1924 there were 108 soap manufacturers in Marseille and 14 in Salon. Today, there are four companies still making Marseille soap the traditional way: Le Fer à Cheval (1856) La Corvette (1894),  Marius Fabre (1900), and Le Sérail (1949).

How do you know if you are buying the authentic Savon de Marseille?

When you go out to the local markets here in Provence, you will undoubtedly find many soaps to buy.  Most of them will be with coloring and perfumes (or sometimes essential oils).  You can ask the vendor where the soaps were made. Most, but not all, will be made in the Provence region.  It might even be made in Marseille.  These soaps can be referred to as « Soap from Marseille ».  But if you are looking for the « real » Marseille soap, « Savon de Marseille », you must remember that it will be either green (made from olive oil) or white (made from palm or copra oil).  Traditional Savon de Marseille will not be purple and smell like lavender.

Written by Emily Durand. Posted in Off The Beaten Path

South of France – Exploring the Mediterranean 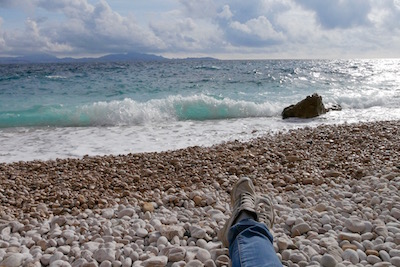 The South of France incorporates a variety of scenic explorations.  Roman built cities, medieval hilltop villages, sumptuous valleys and even spectacular mountains are just the beginning of what you can explore.

One hour south, of what I call the central core of Provence (around L’Isle sur la Sorgue), is the Mediterranean. To truly explore all the facets of the South of France, I highly suggest at least one day along the Mediterranean. 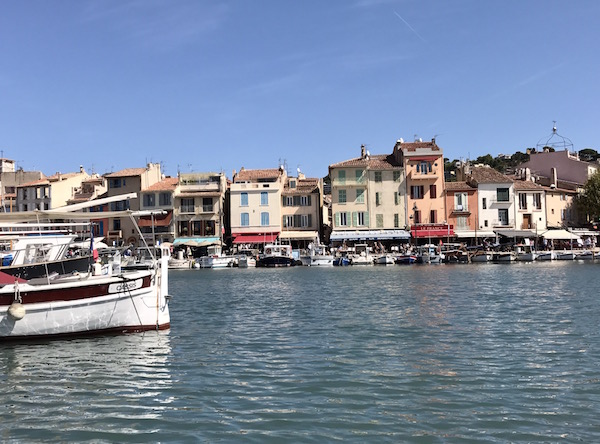